In early June the Bulls 18s traveled to Portsmouth, Ohio for the Gene Bennett Classic which featured 16 of the best programs from around the Midwest. These included the Ohio Warhawks, Midland Redskins, Huntington Hounds and Great Lakes Canadians just to name a few. The tournament is named after the legendary Cincinnati Reds scout Gene Bennett who goes back as far as Branch Rickey and Jackie Robinson. After reaching the semi-finals the Bulls were fortunate to have a meeting Gene who spoke many inspirational words and probably could’ve talked all night.

The Bulls made it through pool play 3-1, defeating REB Sports Academy twice, Huntington Hounds and losing to the Kentucky Colonels. After pool play all teams advanced to a 16-team single elimination bracket. The Bulls were able to enact some revenge on the Colonels in their first game, then defeated the Ohio Yankees before meeting up with the national powerhouse Ohio Warhawks. This years’ Warhawks team features 8 total draft picks, 3 of which were in the first round. After giving up 3 runs in a rough first inning the Bulls held the Hawks in check and managed to score 3 runs in the seventh for a 4-3 victory. The Bulls ran out of gas against the Midland Redskins in the finals, but definitely started the summer out on a big note. 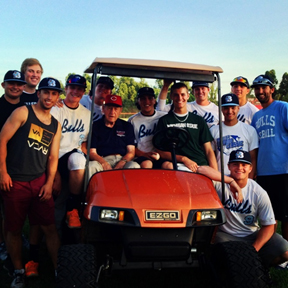 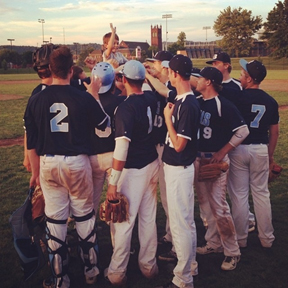