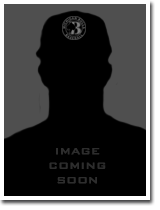 This is Michael’s first year as head coach in the Bulls program, but he has been involved in the program for many years. Michael played for Bobby Marten from 2008-2009 and has been a familiar face at the Bullpen for over ten years. From 2010-2014, Michael played at Northwood University where he played on the Varsity, Junior Varsity and Club level teams. Throughout the four years, Michael rotated positionally from 2nd base, to 3rd base, to short stop, as well as catcher, and led the team in batting average for two years. Michael attended Farmington Harrison HS where he was a member of the varsity football team, and a captain of the baseball team. Michael graduated from Northwood University with a degree in Entertainment and Sports Promotional Marketing and currently work for CBS Radio and WYCD.