Shilling Dominates On the Mound

Just last summer Luke Shilling was catching for the 18U Bulls and was committed to the University of Cincinnati. Since then he has turned himself into a force on the mound, a University of Illinois commit (#4 in the nation) and a potential 1st round draft pick. A “just messing around” bullpen session at tryouts last fall has turned into 95mph heat and some gaudy spring stats – 98 strikeouts, 0.76 ERA, 45 2/3 innings pitched, only 10 hits allowed and a no hitter. Check on a few articles below and definitely tune into the 2015 MLB Draft in June. 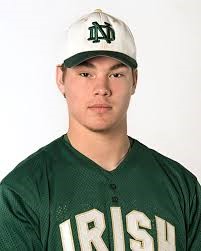 Notre Dame Prep’s Shilling, Mullen quite a tandom of aces