Baseball America has listed three Bulls as top 10 draft prospects in their respective leagues. Jimmy Pickens (#3 in the Big Ten) from Michigan State joins Logan and Nick Regnier (#3 and #8 in the MAC) from Central Michigan. All three players have awesome tools which makes them very attractive to MLB teams. 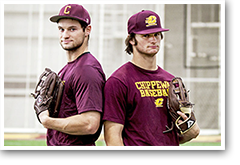 The Regnier brothers broke out last year as starters in center and right field for the Chippewa’s. They combined to go 46 for 55 in stolen base attempts in 2013. Nick added 17 extra base hits to go with 38 RBI, while Logan ranked seventh in the country with seven triples and stole 25 bases as a true freshman. 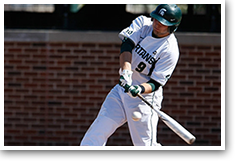 Jimmy and Nick starting playing with Bulls together as 15 year olds for Coach Marten’s 16U team in 2008 and Logan joined the 18U team in 2011. Their summer ball is now played in the Cape Cod Baseball League. The Regnier brothers will be there next year and Pickens played for the Catham Anglers this past summer leading the team with 7 home runs and 23 RBI.